One can’t talk about breastfeeding without talking about the benefits of breastfeeding. Breastfeeding is beneficial for both the mother as well as the baby. It is species specific and every mother’s milk is specifically designed for her baby. A mother’s milk changes throughout the day and as the baby grows older. The American Academy of Pediatrics recommends “Exclusive breastfeeding for the first 6 months and then with the introduction of solids, for up to a year.” The World Health Organization extends that recommendation for up to 2 years. 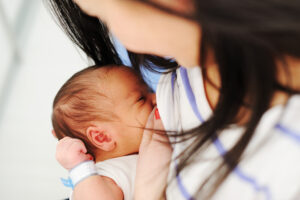 Breastfeeding is not just a good thing to do, it is a public health initiative. It is optimal nutrition for babies and it is always available, always at the right temperature, and it is free. Formula can cost up to $2000 to $3000 a year or more. Breastfeeding actually reduces the risk of certain illnesses such as ear infections, respiratory infections, GI infections, obesity, certain forms of leukemia, digestive disorders such as Crohns and ulcerative colitis, SIDS, and NEC in premature infants. Breast milk has amino acids, antibodies, vitamins, growth factors, hormones and so much more. Essentially breast milk has the building blocks that the baby needs for growth and development. There are also benefits afforded to the mother such as the reduction of Type ll Diabetes and Heart Disease as well as certain cancers such as Breast and ovarian cancer. There is increased bonding with breastfeeding and this reduces the incidence of depression in the mothers as well as reduced incidence of child abuse. The environment is also impacted as there is less trash and fewer resources used. Breast milk is about as organic as one can get as well as the original “fast food”.
However, there are also risks to using formula. It is sometimes considered an alternative to breast milk but there is a big difference. Breast milk is “liquid gold”, full of living cells and everything that a baby needs for growth and development. Whereas formula is a “dead” substance made in a factory. According to a cost analysis study by M. Bartick, “If infants were breastfed optimally, 6 months exclusively for a year or more, it would save 911 infants and $13 billion annually”. The risks associated with using formula for the baby include Type 1 and Type 2 Diabetes, allergies and asthma, heart disease and high blood pressure, as well as dental issues. The mothers are also at risk and Bartick also looked at the risks to the mothers. Giving formula can impact her milk supply as well as make her baby less interested in breastfeeding as well as impact the babies suck. Therefore, she is more likely to stop prematurely. It can also impact the mother’s health by increasing her incidence of obesity and retained pregnancy weight along with certain cancers, osteoporosis and rheumatoid arthritis. Bartick found, as with the infants, that the mother’s benefited from breastfeeding in relation to not only their health but with the health care dollars associated with those risks.

Marsha Walker wrote about the effects of formula on the infant’s gut in an article “Just One Bottle Won’t Hurt” —or Will It!” She discussed how just a small amount of formula can impact an infant’s gut for weeks and even for the rest of the infant’s life. The normal GI tract of a fetus is colonized while in utero from the maternal digestive tract. There are many maternal factors involved, everything from lifestyle, health and even the type of delivery. Breastmilk impacts the newborn’s GI tract as this is where the immune system starts, thus this is the first line of defense in preventing and treating intestinal disease. The gut of the breastfeed and formula fed infants are profoundly different. Their gut flora is also different. Breastfed infants have a lower pH in the first 6 weeks with reduced disease- causing microbes, as per Walker. Whereas a formula fed infant’s gut is higher in pH and the disease- causing microbes prevail.

The most interesting part of the article is what happens when a newborn gets just a small amount of formula. This formula can impact the newborn’s GI track for weeks and even years, resembling a formula infant’s gut and that it may never return to normal. This may mean that the infant is more susceptible to infections and inflammation thus more at risk for allergies and asthma. This is not new information but one does not always hear about the “risks” of formula in the news. Recently there was an article in The New Yorker about “Breast-feeding the Microbiome”. The article explained how breastfeeding and the microbe go hand in hand. This article also talked about the protective properties of breastfeeding, which makes breast milk a supper food. Also, there is still so much that we do not know about breast milk and its impact on the newborn. More research is needed and what is really important is that the evidence is clear, breast milk/breastfeeding is optimal nutrition.

So, as the story goes, breastfeeding is a choice, one that the mother makes for her infant. It is a very personal decision that only she can make for her and her infant. That is where I come in. My job, as a lactation consultant, is to give new mothers and families the best information that I can and the most evidence based information for her to make an informed choice. Not everyone can breast feed. It is not my decision but it is my job to give information, the correct information. Breastfeeding can be hard but can be so rewarding. It is also just a small part of that infant’s life but its impact can be felt for the rest of their lives. Any amount of breastfeeding is beneficial, so choose wisely.

Berks County Breastfeeding Coalition is dedicated to protecting, promoting, and supporting breastfeeding by ensuring that each mother has access to the resources she needs to achieve her personal breastfeeding goals. Through education, outreach, and advocacy, the Coalition will work to further this mission with collaborative community efforts. 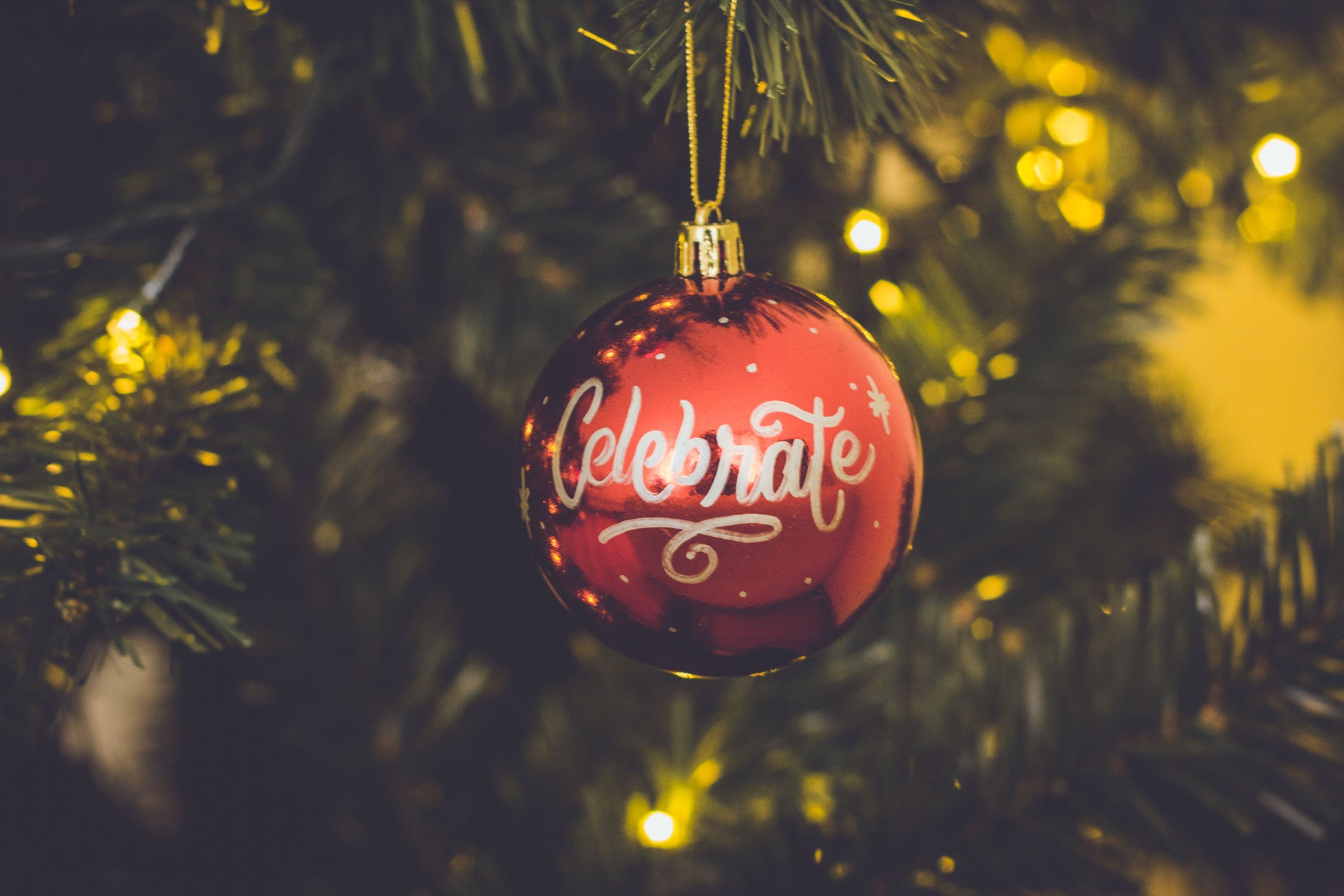 Staying on Track Over the Holidays 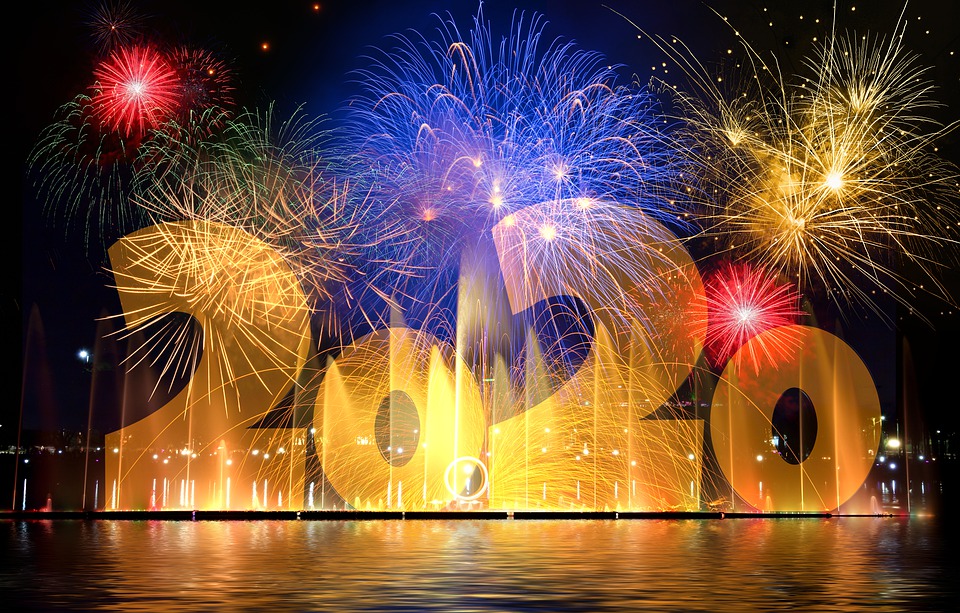 Phytochemicals: What are they and How do We get Them?