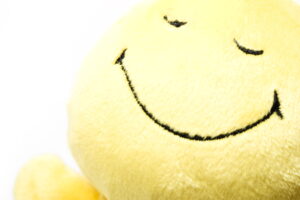 Metabolism, response to injury, stress levels, energy, reproduction — our endocrine system, the system of glands that produce hormones, regulates all these things. Essentially, hormones are the messengers that control many of our bodily functions. They regulate our physical health and our mood.

Dopamine is responsible for reward-driven behavior and pleasure seeking. Every type of reward seeking behavior that has been studied increases the level of dopamine transmission in the brain. There is evidence that extroverted people with uninhibited personality types tend to have higher levels of dopamine than people with introverted personalities. To feel more extroverted and uninhibited, try to increase your levels of dopamine naturally by being a go-getter in your daily life and flooding your brain with dopamine regularly by setting personal goals and achieving them.

Oxytocin is a hormone directly linked to human bonding and increasing trust and loyalty.  In some studies, high levels of oxytocin have been correlated with emotional binding, romantic attachment. Some studies show if a couple is separated for a long period of time, the lack of physical contact reduces oxytocin and drives the feeling of longing to bond with that person again.   In a cyber world, where we are often “alone together” on our digital devices, it is more important than ever to maintain face-to-face intimate human bonds and “tribal” connections within your community. Finding a person or a pet to cuddle with, working out with others, hanging out in a group environment are great ways to sustain these human bonds and release oxytocin. In our current pandemic, while community is physically shut down temporarily, you can forge human bonding with video and phone calls, emails and good old-fashioned letters, live classes or shared projects through Zoom and other live video platforms.

Serotonin is the hormone that regulates mood, perception, memory and attention. Ultimately the link between higher serotonin allows people to put themselves in situations that will bolster self-esteem, increase feelings of worthiness, and create a sense of belonging. To increase serotonin, challenge yourself regularly and pursue things that reinforce a sense of purpose, meaning, and accomplishment.  Being able to say “I did it!” will produce a feedback loop that will reinforce behaviors that build self-esteem, make you less insecure, and create an upward spiral of more and more serotonin.

Adrenaline, technically known as epinephrine, plays a large role in the fight-or-flight mechanism. The release of epinephrine is exhilarating and creates a surge in energy. Adrenaline causes an increase in heart rate, blood pressure, and works by causing less important blood vessels to constrict and increasing blood flow to larger muscles. A surge of adrenaline makes you feel very alive. It can be an antidote for boredom, malaise, and stagnation. Taking risks and doing scary things that force you out of your comfort zone is key to maximizing your human potential. However, people often act recklessly to get an adrenaline rush. If you are an “adrenaline junkie,” try to balance potentially harmful novelty-seeking by focusing on behaviors that will make you feel good by releasing the other neurochemicals mentioned above.

Here are ways to naturally boost the levels of hormones in your body that make you happy: serotonin, dopamine and endorphins.

Snack on foods that complement hormone production are a good way to promote the release of those hormones.  As we age, damage from free radicals — imbalanced atoms that scavenge our bodies — causes oxidative stress on our cells. Vitamin E, which can be found in nuts and seeds, for example, protects cells from this oxidative stress and thus boosts brain function.

Pick up some lavender sprigs or essential oil.  Aromatherapy releases dopamine and serotonin. This happens because the smell receptors in your nose send messages to your nervous and limbic systems, which are the parts of your brain related to emotions. Lavender has been shown to lower distress and anxiety.

Infuse citrus. The brain needs constant blood flow, and cerebral circulation provides the organ with the oxygen and nutrients it needs for healthy brain function. Citrus fruits are high in antioxidants and work as natural blood thinners while preventing plaque buildup at the same time. This enhances circulations and your brain will get the blood flow it needs to keep you energized and happy. An easy way to get your citrus in is by eating an orange or grapefruit, or by infusing your water with lemons and limes.

Go outside, especially now when we are in quarantine during this pandemic crisis. Seasonal depression is a condition that affects your mood when the seasons change and might result from lack of sun. Though the exact cause has not been found, theories suggest it is because our biological clocks are imbalanced, causing hormones to shift. It is suggested that exposure to sunlight can boost serotonin levels, so get your bike out, go for a walk or hike, or simply sit in the sun for a mood-booster.

Exercise! Consistent, focused workouts can release endorphins that will quickly alleviate feelings of distress and reduce feelings of pain. Go for a bike ride or a run, try some circuit training with a homemade obstacle course, take an online fitness class, or lift some weights.

Studies have shown that there is a link between mediation and increased dopamine levels. Meditation can have a quieting effect on a wandering mind. Take a few minutes to close your eyes, take some deep breaths and exhale. Allowing yourself a few minutes of peace can help soothe nerves and lower symptoms of depression.

Volunteer a helping hand, in any capacity. Volunteering can lead to a rush of euphoria and the release of endorphins–the body’s natural painkillers–which are comparable to morphine.  This effect is coined a “helper’s high.”  Moreover, people can experience a less intense version of this feeling when they recall the altruistic experience. Brain scans support the idea of this “helper’s high.”  A study at the National Institutes of Health showed that when people thought about giving money to a charity, the same pleasure areas that lit up on brain scans when they thought about food and sex were illuminated.  A similar study at Emory University showed that helping others lit up the pleasure and reward part of one’s brain.   Recent studies show people who volunteer regularly have healthier hearts, less ongoing pain, and bolstered immune systems. They battle addiction better and are less likely to get dementia with age. They also live longer.

Ask for a hug, because hugs are DOPE-amine! Have you ever hugged someone and felt angry? Chances of that happening are low, and that’s because hugging people results in feelings of comfort and positivity from a release of dopamine. Ok, in our current crisis, social distancing is paramount and physical hugs may be impossible. But don’t forget about emotional, written, verbal, and virtual hugs!

A Brighter World Powered By Sunshine