How to Do the Perfect Squat 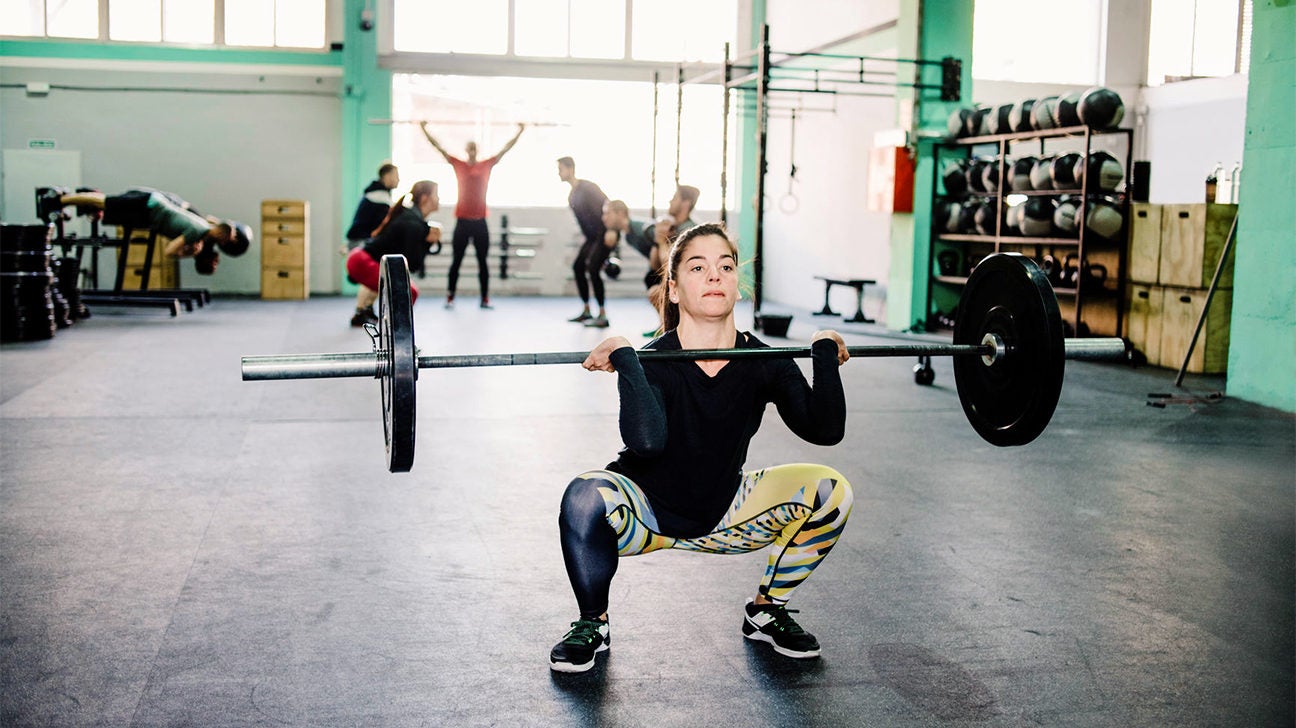 It’s sometimes referred to as the king of all exercises, and for good reason. The squat is a full-body fitness staple that works your glutes, quads, and hamstrings and sneakily strengthens your core.

It’s time to banish sloppy squats and perfect this go-to move. Here’s how to do a squat with just your bodyweight and some weighted variations to do once you’ve mastered proper form.

Become a bodyweight squat pro and you’ll be ready to move on to weighted squats in no time! Just follow these steps.

Stand with feet a little wider than shoulder-width apart, hips stacked over knees and knees over ankles.

Roll shoulders back and down away from ears. Allowing your back to round (like a turtle’s shell) will cause unnecessary stress on your lower back. Maintain a neutral spine throughout the movement.

3. Get your arms ready

Extend arms out straight in front of you, parallel to the floor, palms facing down (like your hands are on someone’s shoulders at a seventh grade dance). Or, if it’s more comfortable, pull elbows close to body, with palms facing each other and thumbs pointing up.

4. Hinge at your hips

Initiate the movement by inhaling and unlocking your hips, bringing them back slightly. Keep sending hips backward as knees bend.

5. Broaden across your chest

While your butt starts to stick out, make sure chest and shoulders stay upright and back stays straight. Keep your head facing forward with eyes straight ahead for a neutral spine.

The best squats are the deepest ones your mobility allows. Optimal squat depth would be your hips sinking below your knees (if you have the flexibility to do so comfortably).

Engage your core. With bodyweight in heels, explode back up to standing, driving through heels. Imagine your feet are spreading the floor (left foot to the left, right foot to the right) without actually moving them.

Pro tip: Squatting onto a box until your butt gently taps it will be a reminder to squat low.

Beginners should start squatting with no added weight — bodyweight only. Up the ante only after proper form is nailed down. (We don’t all have to be like this guy.)

When using more weight, you’ll notice it’s difficult to squat deeper. Know this: When it comes to making us stronger, deep squats with less weight trump shallow ones with heavy weight.

While there are many ways to squat, here are three of the most common weighted variations: goblet, back, and front squats.

Sadly, this squat does not include a goblet full of wine. Instead, hold a kettlebell, dumbbell, or medicine ball at your sternum (the center of your chest).

With a slight bend in knees, drop into a squat, going straight down. Then stand straight up, but don’t reach back with butt as you would for a bodyweight squat. When performing a goblet squat, drop elbows between legs, inside knees, for a full range of motion.

Goblet squats are great for beginners and experienced lifters alike, since they keep us from leaning forward. Holding weight in front of your chest makes for a stable position.

Squats are much more challenging with a barbell, so if it’s your first time, it’s best to ask for a trainer’s guidance. For back squats, the weight rests on the traps (the muscles on the sides of your neck), where it’s generally easier to squat a heavier load.

Hands should be facing forward, along the same plane as shoulders, with elbows pointing down to the floor. Your arms will form a W shape along the bar. Keep hips back and follow the same form as for a bodyweight squat (ya know, minus holding your arms out).

The back squat is different from the bodyweight squat in one important way: breathing. When you’re squatting a barbell, inhale before you descend. Hold your breath for the squat, then exhale only once you’ve returned to standing.

The front squat requires getting comfortable with the front rack position. When front-squatting with a barbell, rest the barbell just above your clavicles, right on your neck and resting on your fingertips. The ends of the bar will rest on your shoulders, if they’re wide enough.

Make sure elbows are up and pointed out. Triceps should be parallel to the floor. While it may seem unstable to hold the bar with just your fingertips, the collarbone is a solid shelf for the bar, so your hands are only needed to prevent the bar from rolling.

As long as your elbows stay up, extending straight out from your shoulders, the bar will be secure. When you descend in a front squat, your body will stay significantly more upright than it would in a bodyweight or back squat.

Don’t reach back with your butt (as you would with a back or bodyweight squat), as this will angle your body forward, making it difficult to stand the weight up. A great way to maintain an upright position is to think about keeping your elbows up and pointing forward.

The front squat can also be done with dumbbells (see the image below). With one in each hand (palms facing in), rest a dumbbell lightly on each shoulder. Complete the squat, keeping triceps raised with elbows up and pointed out.

Mistake No. 1: You don’t drop down low enough

It’s easy to want to squat just low enough so your thighs are parallel with the floor, but squats can be much more effective when you drop as low as possible (with the hip joint lower than the knee joint) while still maintaining good form, says personal trainer Dan Trink.

The fix: Take a slightly wider stance. This allows your body to stay steady while you squat deeper and engages more muscle groups.

Mistake No. 2: Your knees drift inward

Sometimes our knees cave inward while we’re getting used to weighted squats, but this can be dangerous. It’s best to break the habit as soon as possible.

The fix: Turn your toes out. Bringing your knees in line with both your ankles and your hips can help prevent injury and get you deeper into the squat. Glute bridges and lying clam exercises will keep your knees in line, says personal trainer Jordan Syatt.

Another way to prevent your knees from coming in is to think of the cue “knees out” throughout the movement, says personal trainer Erica Giovinazzo.

Mistake No. 3: Your body leans too far forward

When you’re carrying weight, it’s tempting to lean forward to help keep your balance. Don’t do this, though, because it puts strain in all the wrong places.

The fix: Put most of your weight in your heels when lowering into a squat. The even weight distribution will keep your torso upright rather than causing you to teeter forward.

It will also help keep your hips back and down, outside of your heels. Think of spreading the floor apart by driving through the back, outer portion of your heel.

Mistake No. 4: You descend too quickly

When weight is added, moving too quickly can increase your chance of injuries, such as slipped spinal discs and muscle tears. Um, no, thank you.

The fix: Slow and steady wins the race, friends. Breathe and take your time as you lower down. On the way back up, it is OK to explode with power, as long as your body remains controlled.

We get that you’re excited (and we are too), but skipping a warmup means your joints and muscles won’t have time to loosen up and prepare to bear weight. It’s important to get blood flowing before taking on such a complex move.

The fix: Jump rope or row for a few minutes, or do a few rounds of bodyweight squats. You can also try glute bridges to open up your hips — this will allow your body to get lower in a squat. If you plan on squatting with a loaded bar, start with an empty bar and add weight slowly.

Because they work so many muscles (and give you great glutes for days), we consider squats an absolute staple for leg workouts. Plus, you can level up the exercise and keep things interesting for your muscles.

Before you jump into it, though, take it slow and nail proper form during each part of the exercise. You’ll prevent injuries, get deeper into the squat, and work your muscles even harder. Your body will thank you for it.

Gasification: A novel way to handle our waste The Far-reaching Effects of PTSD in Veterans

Self-Care When You Have Cancer: A Guide to Wellness