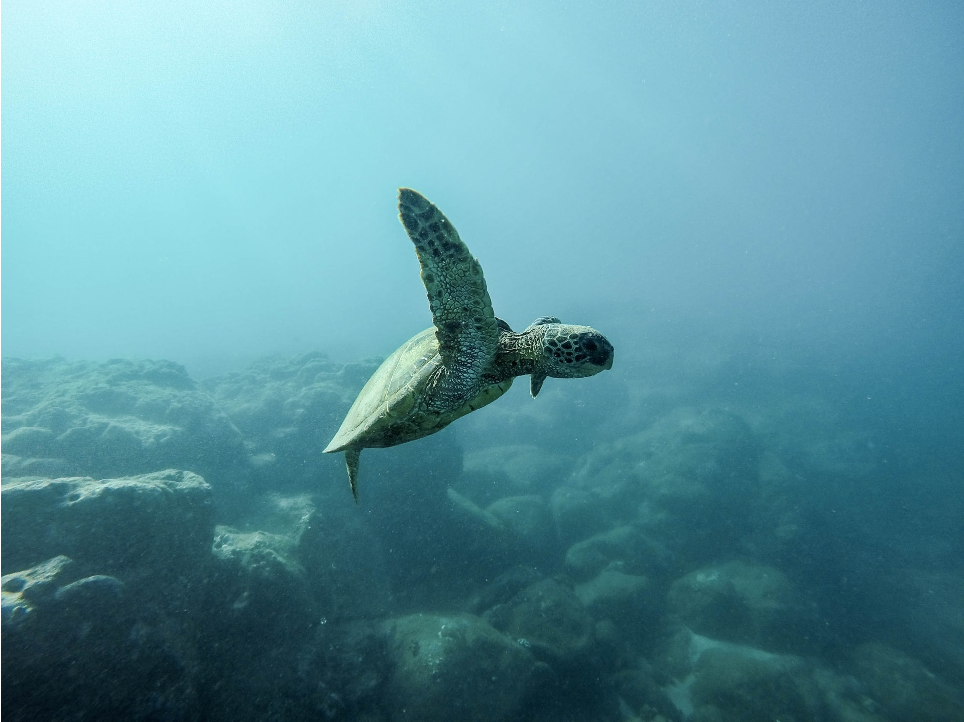 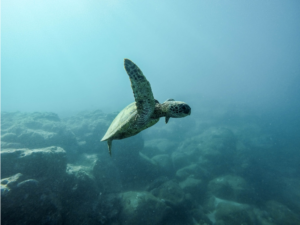 Healthy oceans require oxygen to breathe, just like we do on land. Marine organisms need oxygen to grow, survive and reproduce, ensuring we have an ever-replenishing stock for our fishing industries. But our oceans are experiencing a depletion in oxygen that is startling and has the scientific community concerned.

When you consider that the ocean represents 97% of our planet’s physical habitable space, it’s surprising just how little attention is focused on its depletion at the hands of human-induced climate change. The devastation of plastics on our oceans has seen much more widespread attention, with images of the Great Pacific Garbage Patch and wildlife tangled in nets going viral.

But oxygen is declining in our open ocean and coastal waters at an alarming rate and has been since at least the middle of the 20th century. It’s the most significant change occurring in our ocean as a result of human activities, with its decline having a major impact on ocean productivity, biodiversity and biogeochemical cycles. This, in turn, will have drastic effects on our fishing industries and may lead to food insecurity for millions of people around the globe.

Bringing the deoxygenation of our oceans to attention

Last year, the IUCN (International Union for Conservation of Nature) released a concerning report indicating that the oxygen level of our oceans has declined by about 2% since the 1950s. Scientists from 17 countries around the globe contributed to the findings, which also revealed that the number of ocean sites suffering from low oxygen levels has jumped from 45 to around 700 in the last 60 years. These sites have oxygen concentrations low enough to limit the distribution and abundance of marine species, as well as altering the natural cycling of nutrients.

Our oceans are finding it more and more difficult to breathe, with two main issues leading to deoxygenation – eutrophication due to the increased run-off of nutrients from land and nitrogen deposition from the burning of fossil fuels. Run-off from sewage, aquaculture and animal waste all lead to the excessive growth of algae, which contributes to a lack of oxygen in our waterways. At the same time, carbon dioxide emitted by humans is contributing to ocean warming and acidification.

These combined factors have various consequences on our marine life and their ability to function properly. Ocean deoxygenation reduces the habitat that’s available for marine organisms or contributes to lower growth and reproduction levels, as well as resulting in higher mortality rates. There are also knock-on effects in the food chain and alterations in the spatial distribution of species. Species begin to flock to well-oxygenated waters, with these “refuges” more likely to be targeted by the fishing industry.

Some large marine mammals that would normally inhabit deeper waters have been observed swimming closer to the surface due to lack of oxygen, which makes them more susceptible to being caught in fishing nets. Other marine creatures end up breathing faster to make up for the lack of oxygen, resulting in them using up the oxygen that is available more quickly.

In recent years, killer whales that normally hunt in off-shore waters have been observed close to the coast of South Africa where they are feeding on great white sharks by removing their fat-rich livers. While the reason behind this change in hunting patterns is still being debated, some scientists believe that it may be due to global warming, which is forcing them to live in closer proximity than before.

Not only is carbon dioxide emitted by humans resulting in more acidic ocean conditions but it’s altering ocean temperatures through the impact it’s having on our atmosphere. Warmer waters are not only capable of holding less oxygen, but they are more buoyant than cooler waters, making it difficult for oxygen to disperse to deeper waters where many sea creatures live. In addition, microbes that flourish at low oxygen levels produce large amounts of nitrous oxide, with this greenhouse gas 300 times more potent than carbon dioxide.

If things continue as they have done for the past few decades, the combined impacts of climate change and increased nutrient discharge are expected to cause a 3 to 4% decrease in oxygen levels by 2100. Ocean “dead zones” have quadrupled in size since 1950 while the number of low oxygen sites near coastal areas have increased tenfold. Few marine creatures can survive in these zones and with more than 500 million people relying on the oceans as their source of food, the impact on human life (particularly in poorer nations) could be drastic.

A global effort is required to save our oceans

While the situation seems dire, it’s a problem that can be solved through a global effort to halt climate change, both at government and local levels. The reduction in greenhouse gas emissions will help to reverse the warming-driven deoxygenation of our oceans and minimize the catastrophic impact it will otherwise having on our fishing industries.

Improved agricultural and sewage practices at a local level can also have a positive impact in reversing nutrient-driven declines in ocean oxygen levels and lead to the disappearance of ocean dead zones. Reversing oxygen decline may also help to protect natural nutrient cycling and reduce negative feedbacks on our climate that may be contributing to global warming.

The IUCN report also recommends “continued and enhanced efforts to quantify trends in deoxygenation and project future oxygen conditions”. Research into the effects of deoxygenation on biological, biogeochemical and ecological processes will help us to better understand the impacts it is having on our marine life and how these can be mitigated. Understanding the decline in oxygen levels can aid in enhancing the sustainability of our fishing industries and ensure food security for people who rely on fish and/or shellfish as their main source of protein.

Our marine life exists due to a delicate balance that has been significantly disturbed by the actions of humans. If we continue to ignore the drastic impacts of ocean deoxygenation, we run the risk of a mass extinction event that there will be no coming back from.

Marine Conservation: the bigger picture – an ending message from the Editor of iDiveblue.com

Because the impact of our interaction with the ocean is often indirect or difficult to quantify, the preservation of our oceans face a unique battle: ocean conservation lacks a standout leader. Relative to other environmental and social crises, it has no hard backing from major corporations or huge branches of government. The sustainable energy crisis for example is championed by Tesla (and many others). The hunger and sanitation crises have the Gates Foundation. Even the UN, World Bank and government budgets for ocean conservation are substantially lower when considering a resource whose value we are likely grossly underestimating. This is a worrying thought bearing in mind that – as things already stand – the aforementioned global issues themselves do not receive nearly enough attention.

However, marine conservation heralds a second unique characteristic: small players share the load, underdogs lead the way. I see common themes amongst ‘ocean-people’. Most coastal lodge owners for example, seem to fight like homesteaders to preserve their small piece of ocean paradise. Surfers around the world have a global etiquette around leaving a beach better than they found it. Anyone who involves himself with the ocean long enough seems to want to chip in. I know corporate fishermen who became ecological kelp farmers and self-funded marine architects who tenaciously hunt golden environmental solutions. There are volunteers in humble Guatemala that punch way above their weight and highly educated people who exhaust their own resources to light the way and educate the rest of us.

And so further, marine conservation boasts a third standout characteristic: all of these players face headwinds, but none down tool. Sure, most worthwhile causes face ugly challenges, but ugly is relative and marine conservation is certainly not a pretty business. And scale matters not, headwinds do not discriminate. It is tough going, whether you are a third world subsistence fisherman who goes hungry to keep to the size regulations or an 18 year-old Boyan Slat whose high school science project has since become a sword against The Great Pacific Garbage Patch (an estimated 100mil kgs of plastic).

So, I write this for who could have been named in the list above: thank you, together we are seeing you make a forceful, tangible difference. Stay the course; you are not alone!

Please note, any friends of the ocean are welcome to reach out to the Brothers of iDiveblue should they wish to offer support or seek it out.

I Dive Blue, Keepers of the Deep: To know the world is to know yourself, but two-thirds of our world is water, and our oceans are a mystery to us! Furthermore, they are in a very sorry state. As estimated by the Journal of Science, between 5-13million tons of plastic are added to this problem every year. What does this say about us as a species? The Brothers of iDiveblue ask themselves this every single day.

As such, they have set out with a simple goal: give the oceans a voice. Whether tackling topics related to marine conservation, ocean-related travel, or watersports gear – iDiveblue makes honest and active efforts to put out carefully crafted content in the hope that it will serve as the gold standard for educational marine materials. Since its founding in 2018, the website has become a community for ocean-lovers, functioning as both a for-profit business and a vehicle to support those conserving our marine environments. iDiveblue extends an open invitation to all ocean warriors and lovers to reach out to them. Whether you are seeking help or seeking help, the Brothers of iDiveblue – along with their team of marine conservationists, scuba instructors, and avid travelers – will steer you in the right direction. The team can be contacted on Facebook, via Instagram, or directly through their website. Although a for-profit company, iDiveblue is set up for the betterment of our beloved oceans. They are a small organization, but they make a proportionately large contribution in a host of ways. A few of which include:
1. Their educational, conservation, and travel content, which is in no way monetized. It exists only to inspire care for our oceans and to serve as a resource for education, and intelligent conservation.
2. They extend the economy around conservation, providing work for conservationists and conservational writers alike.
3. They commit a share of their profits to non-profit organizations. As a standout favorite, they champion Boyan Slat’s brave, yet pragmatic Ocean Cleanup.
4. Nate, one of the founding brothers, speaks regularly, and cross-platform against single-use plastics. One of such talks will be released on the judithdreyer.com podcast by the end of May 2020.
5. The team is planning to put up a directory outlining quality educational resources and worthy charitable organizations. From their experience, there are many people out there looking to help and learn, they just need a place to start.

So, if you find yourself, uncertain of what buoyancy compensator to buy, where to free dive in Belize, how to fish Crankbait, or what you can do to save our oceans – fret not. For, while there is a science to these crafts, iDiveblue’s writers and researchers are qualified experts; the marine elite. Let them equip you with not only the right gear but the right advice. Lastly, share in their crusade: plastics take up to 1000 years to breakdown naturally. Even still, they break up into toxic components. This is a problem that will not resolve itself. Use their platform to educate yourself or build a community around solving one of the ecological disasters of our age!